MyLocoSound
The MyLocoSound soundbox is a simple way of adding sound to your railway without the need for any modification or rewiring of your locomotives. It can also be used with live steam and even clockwork locomotives. When the soundbox is placed in a wagon or coach then it be can easily and economically coupled to several different locomotives.

The soundbox is self-contained and is powered by a common nine volt PP3 battery which will sustain continuous sound for about two hours. The battery is housed in a pull out tray for simple replacement and recharging.

The video below shows the soundbox wagon coupled to a live steam locomotive.
The soundbox can be readily built at home using the MyLocoSound Premium soundcards, both British and Universal. However, the soundcard needs to be version 21 or later. If you have an earlier version then please contact your supplier about an update.

Instructions for building the soundbox and a parts list can be downloaded here:


The upper and lower halves of the box and the magnet holder can be 3D printed. Double click on the images below to download the STL files. You may need two, three or four magnets depending on the diameters of the wagon and locomotive driving wheels. 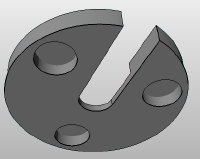 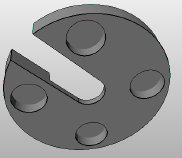